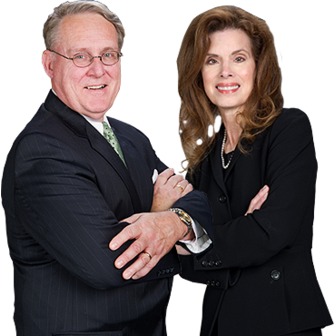 
We strive to combine a strong foundation of legal knowledge, skill and experience with legal strategies tailored to each and every case.

Prior to founding Atkins & Atkins, attorney Tom Atkins handled civil and criminal litigation while practicing with Wyatt, Tarrant & Combs and Borowitz & Goldsmith. Tom was also a Major in the United States Army, retiring in 1993 after serving 21years. Tom was also appointed by the mayor to serve as a member of the Louisville-Jefferson County Crime Commission for more than 25 years.

Prior to the formation of Atkins & Atkins, attorney Linda Atkins practiced in the private, public and corporate sectors, first as an associate with Segal, Isenberg, Sales, Stewart & Cutler, concentrating her practice in labor and employment law; a prosecutor with the Jefferson County Commonwealth's Attorney's Office; as a general trial practitioner; as a prosecutor in the Career Criminal Bureau; and finally as that office's first director and chief prosecutor of the Domestic Violence Unit. Linda additionally served as vice president, assistant general counsel and federal regulatory compliance officer for the Bank of Louisville. She is also a published novelist.

There are currently no articles available.
Related Categories
Legal Attorney