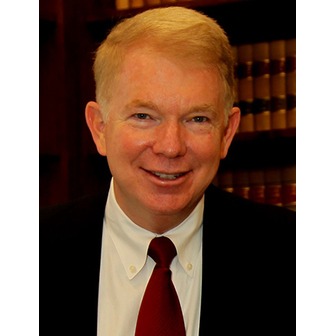 
Waldo E. Rassas, began practice in Clarksville, Tennessee in 1947, and practiced continuously until his retirement in 1996. He graduated from St. John's University Law School in New York, and practiced law there until World War II, when he served as an instructor and research pilot.

Mark Rassas, joined the practice in 1976. He and his father continued to practice together until Waldo Rassas' retirement in 1996. Waldo Rassas passed away in May of 2001.

Julia North joined the firm in 1993, and became a named partner in 2001. Ted Crozier, Jr. joined the firm in 2001 and continued until 2005, when he was appointed as Clerk and Master of the Montgomery County Chancery Court. In 2006, Dr. Blaise Ferraraccio associated with the firm and became "of counsel".

The original Glenn Building housed the offices of Rassas & Rassas for over 50 years. Built in 1899, it has also been known as the "Lawyers Office Building." At one time it housed the offices of former United States Supreme Court Justice, Horace H. Lurton, former Tennessee Governor, Austin Peay. The building has also provided offices for many prominent Clarksville attorneys during the past century.

The tornado of January 1999, proved the strength of the original structure. When the surrounding buildings were demolished, the Glenn Building maintained its structural integrity.

There are currently no articles available.
Related Categories
Legal Attorney